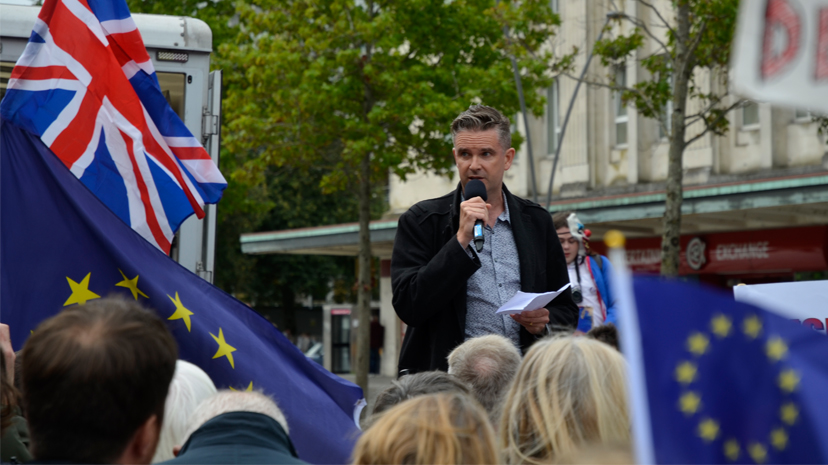 The action was part of nationwide protests against Boris Johnson's decision to shut down parliament.

Ian commented; “It's clear that many Plymouth people are not prepared to rollover and let Boris Johnson and his rogue government suspend parliament during the biggest peacetime crisis this country has faced.”

SW MEP Molly Scott Cato, attending protests in Gloucester and Westminster, said: “Our country is in the grip of a power grab by a dishonest and self-serving elite hellbent on forcing through a damaging crash-out Brexit. We have never seen a greater assault on parliamentary sovereignty in modern times. It is now clear that Take Back Control was code for an illegitimate coup.”

“But we must not despair; we must act. Now is the time for all democrats from across the political divide to stand together in defence of our democratic rights. And for people to take to the streets in protest, write to their MPs in the strongest terms and sign petitions. Democracy cannot and will not be silenced.”