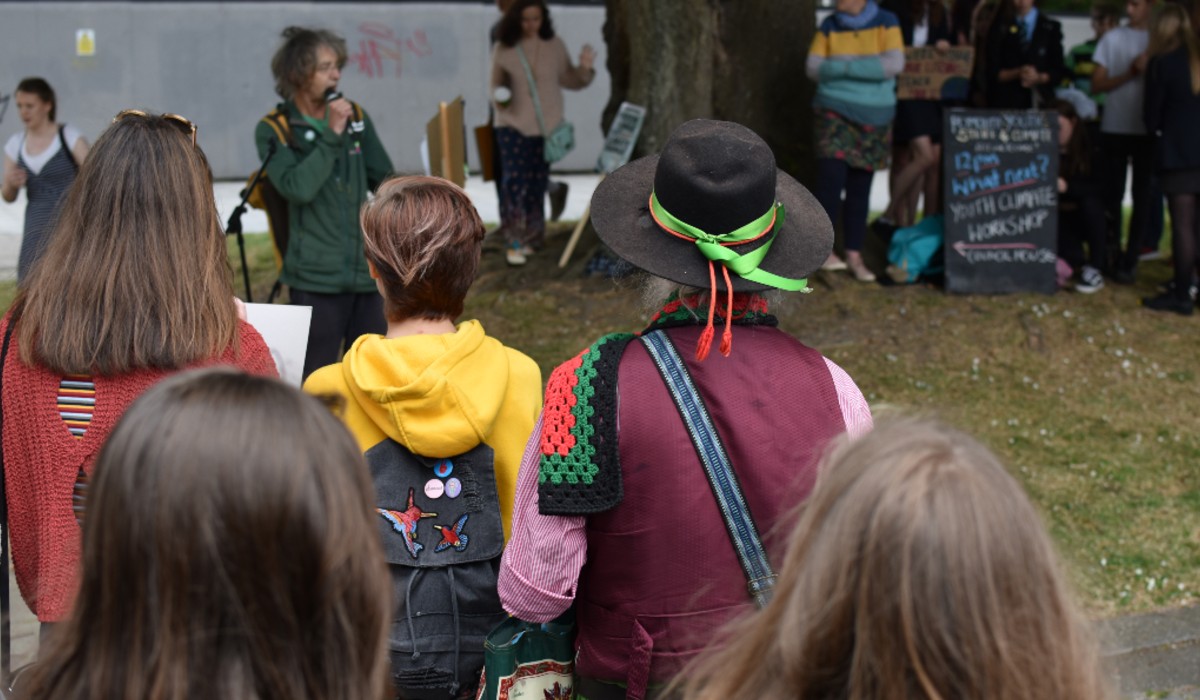 Well over 100 students from 22 schools in the city and surrounding area joined the fourth strike in as many months, demanding urgent action on climate change. Well over a million students worldwide took part.

Andy Pratt, local Green Party campaigner, thanked the young people for their inspiring efforts, which had previously lead to the City Council declaring a “Climate Emergency”, and urged them to continue to make their voices heard.

Andy also shared an open letter from Plymouth Green Party to the City Council calling for commitments on reducing transport emissions, developing renewable energy and protecting green spaces. The letter was signed by many of the young people and will be made available as a petition before being delivered to the Council.